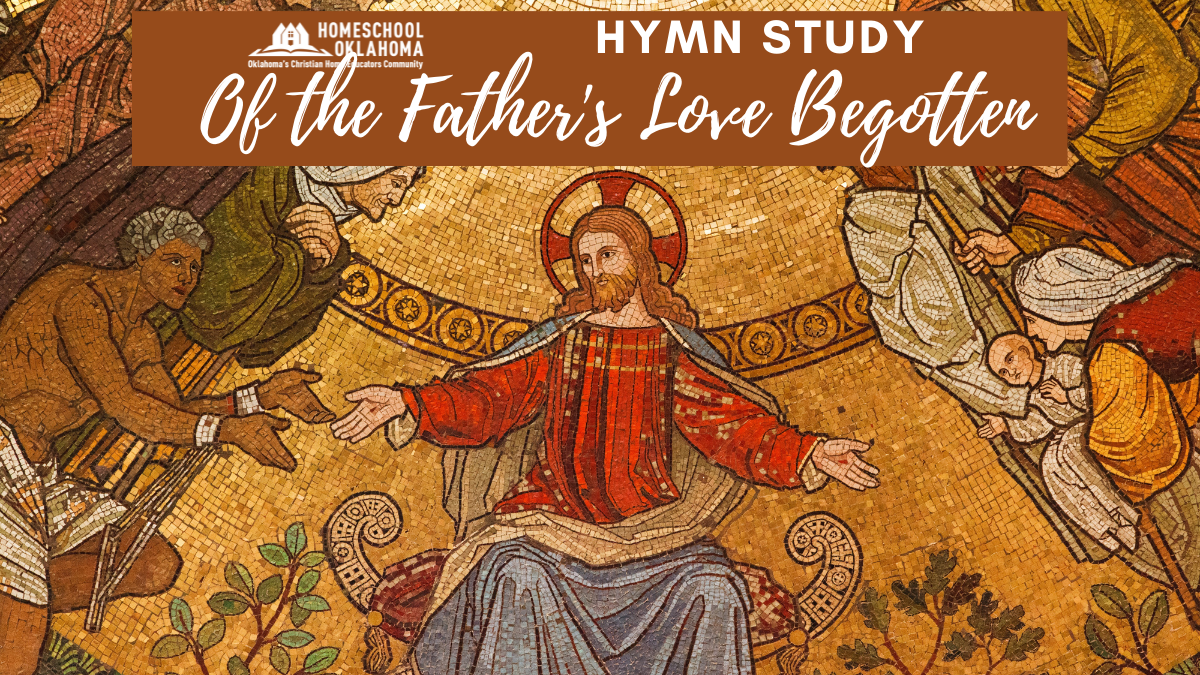 “Of the Father’s Love Begotten” is one of the oldest hymns sung in church today. Aurelius Prudentius Clemens wrote it close to 400 AD. Prudentius was a Spanish lawyer and judge who didn’t start writing poetry until he was fifty-seven years old, but he because known as the first great poet of the Latin church. Hymnologist Albert Bailey says that “Of the Father’s Love Begotten is a “fighting hymn”because it expresses the truth of orthodox theology, which was being consistently attached by heretical perspectives.” In this hymn, Prudentius uses the skills he developed as a lawyer to defend his understanding of the Trinity.  This has truly become a hymn for the ages.

Of the Father’s love begotten
ere the worlds began to be,
he is Alpha and Omega,
he the source, the ending he,
of the things that are, that have been,
and that future years shall see
evermore and evermore.

Oh, that birth forever blessed
when the virgin, full of grace,
by the Holy Ghost conceiving,
bore the Savior of our race,
and the babe, the world’s Redeemer,
first revealed his sacred face
evermore and evermore.

This is he whom seers and sages
sang of old with one accord,
whom the voices of the prophets
promised in their faithful word.
Now he shines, the long-expected;
let creation praise its Lord
evermore and evermore.

Let the heights of heav’n adore him,
angel hosts his praises sing,
pow’rs, dominions bow before him
and extol our God and King.
Let no tongue on earth be silent,
ev’ry voice in concert ring
evermore and evermore.

Christ, to thee, with God the Father,
and, O Holy Ghost, to thee
hymn and chant and high thanksgiving
and unending praises be,
honor, glory, and dominion
and eternal victory
evermore and evermore.