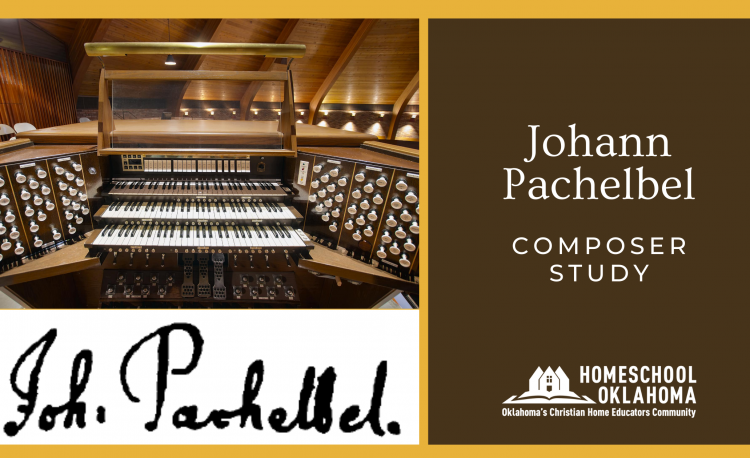 Johann Pachelbel lived from 1653-1706 in Germany. He left many compositions, including the very well-known Canon in D, and he instructed many students, including Johann Christoph Bach (older brother and guardian to Johann Sebastian Bach).

It may seem strange to include Pachelbel with a group of innovative American composers that we’ll study this year since he was a German composer. He does have an American connection – his son, Carl Theodorus Pachelbel, was one of the first organists in the New World. Carl was born in Stuttgart, Germany in 1690. He emigrated to the English colonies in the 1730s, where he became a church organist in both Newport, Rhode Island, and in Charleston, South Carolina. He played two concerts in New York in 1736. Although he didn’t leave any compositions for us to enjoy, like his father Johann, Carl contributed greatly to the musical spirit of the American community because he had been taught well and inspired by his father.

So, it’s Johann Pachibel that we’ll listen to this month. Here are some links for you to enjoy: