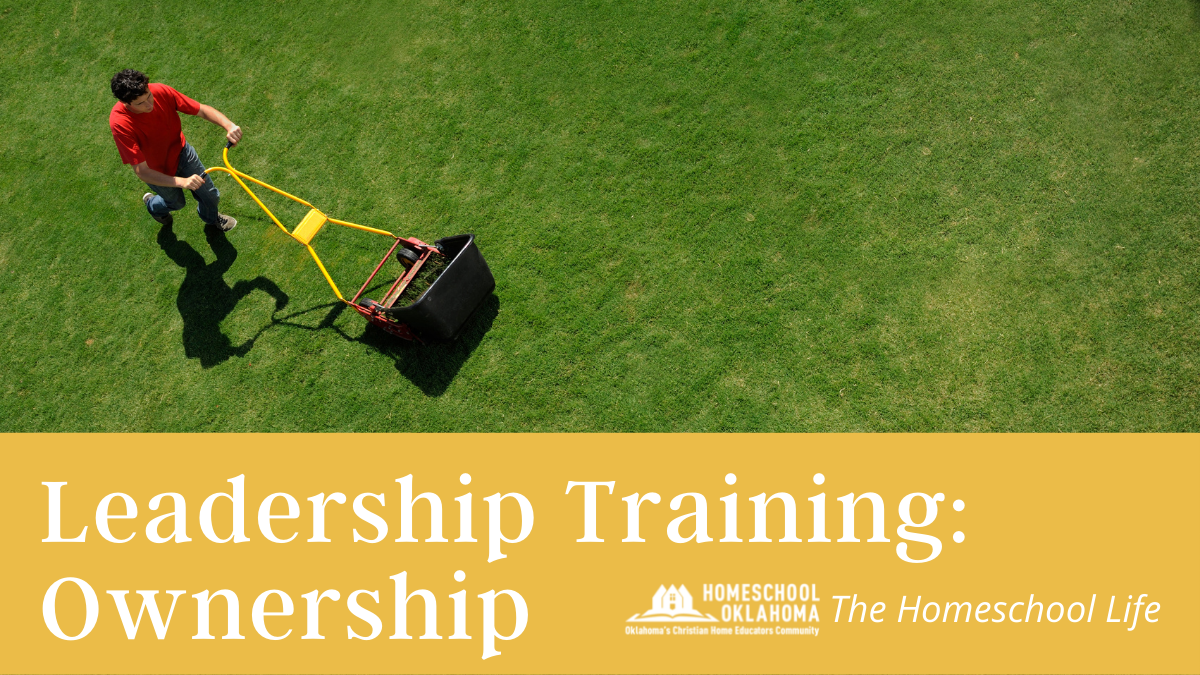 Everyone, at some point in their life, will take a leadership position of some sort.  Parents lead their homes and children.  Rookies eventually become leaders.  Even when someone is the low man on the totem pole, understanding leadership can improve their work within an organization.  Additionally, many leadership skills are helpful even for managing oneself and one’s own business, even if somehow a person never leads someone else.

Because of this, leadership training should be a priority in our homeschools.  In this series, we will look at various aspects of leadership that to communicate to our children to be effective leaders, able to participate effectively in structured organizations.

The first and most important skill is ownership.  The first part of ownership is, at its core, recognizing your responsibilities and proactively doing things that are in your power to achieve.  In the home, ownership and pro-activeness are first taught using chores.  Give your kids some area of the house that they are responsible for, and expect them to engage in getting it done proactively.  Ideally, the goal is for a student to see a problem (a mess or something that needs to be done) and do what needs to be done to set it right without prompting.

I warn you that proactive engagement is an extremely challenging skill for teenagers, and, in my experience, especially teenage boys.  Therefore, don’t get disheartened when you don’t see immediate success.  The Bible says, “Train up a child in the way he should go, and when he is old, he will not depart from it” (Proverbs 22:6).  Note the timeframe specified—when he is old.  I’ve seen this myself—kids who never seemed to “learn the lesson” when they were at home somehow magically remember everything as soon as they become independent adults.  All this to say, if it looks like it isn’t working, keep it up and don’t lose heart because there is an effect that you can’t see right now.

The second part of ownership is specifically for those in a leadership position.  Ownership is recognizing that the buck stops with you even though you did not perform every task.  You are in charge; you are responsible.

Many people want to blame errors on subordinates.  Even if a subordinate makes an error, taking ownership recognizes that you were ultimately in charge of what happens.  You don’t need to do other people’s jobs for them, and “taking the blame” is not the ultimate step.  Doing other people’s jobs for them, or micromanaging them, is an inefficient use of both your time and theirs.  While, as a leader, you probably should take the blame, that is not the stopping point of ownership.  Ownership is recognizing that there are things that you can do without micromanaging that will contribute to fixing situations.

For instance, if someone in your organization makes an error up, taking ownership means (a) finding out why they made that choice and (b) implementing a system that prevents it from happening again.  Was there insufficient training?  Does a step in the process need to be added so that someone else checks the result?  Is a checklist needed to make sure all the steps are followed?  Does the process need to be automated?  Was there a failure of communication somewhere that you can remedy?  Is there something that needs regular monitoring or maintenance to prevent failure?

A leader is responsible for the system.  Therefore, the changes that a leader makes are for the system to do better.  Occasionally, yes, fixing the system will require firing someone.  But that situation is actually infrequent.  Most people are generally competent and generally want to do a good job.  Therefore, a leader’s goal is to define a system that makes people successful.  When something goes wrong, the first thing to do is to see if you can fix something in the system to prevent it from occurring again.  Again, a leader’s job is not looking over everyone’s shoulder or micromanaging them; a leader’s job is to engineer a system that ensures the entire team’s success.

Such a system involves things like training, standard processes, scheduled maintenance, defined communication channels, defined responsibilities, and feedback mechanisms to make sure that you can identify problems before they become real problems.

How can you teach this?  A simple way is to be a leader yourself, and then, after your student works within the system for a while, show them how the system works.  For instance, you could let your student handle replacing the air filters in your home periodically.  You would need to (a) train them in how to do this, (b) provide a mechanism, so they know when to do it, (c) provide a checklist containing a list of all the filters, (c) provide a feedback mechanism so they can tell you when you need to buy more filters, and (d) an inspection mechanism where you (or one of their siblings) either checks all the results or spot-checks individual results.  After they work the system for a while, you can explain why the system is structured the way that it is.  After that, you can find another home task and see if they can design a system for one of their siblings to follow.

Learning ownership is one of the most important skills that you can teach your child about leadership.  It teaches them to be proactive in all situations and, instead of playing the blame game when things go wrong, identify the problem and fix it without micromanaging. 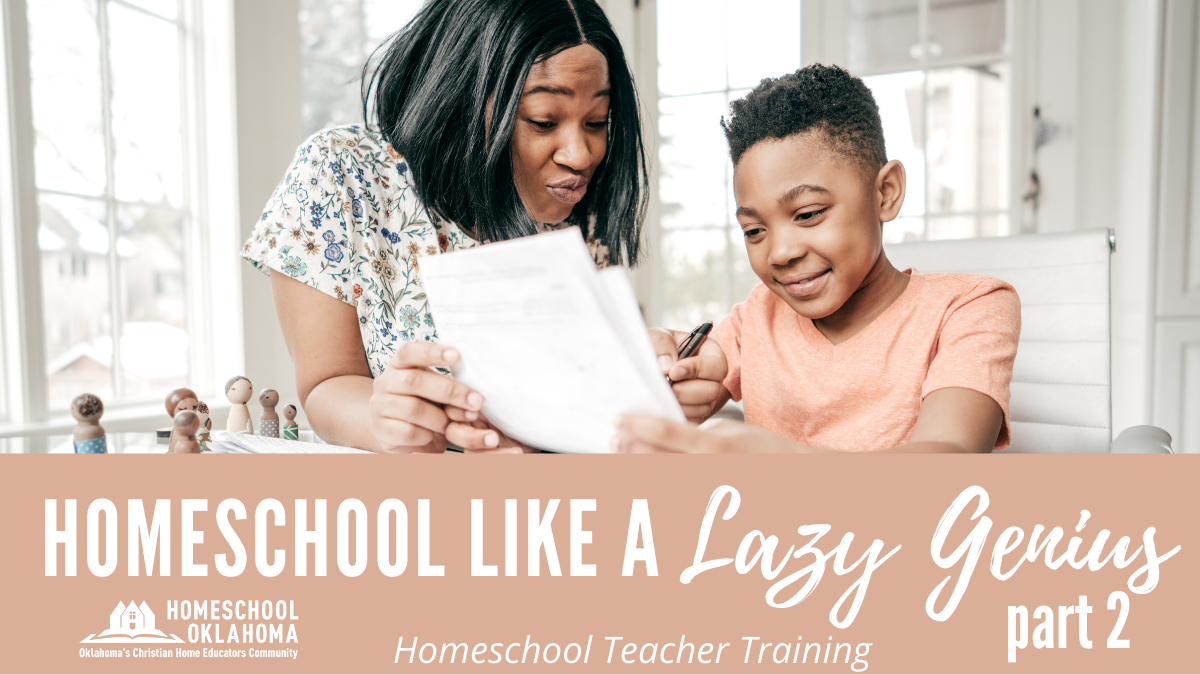 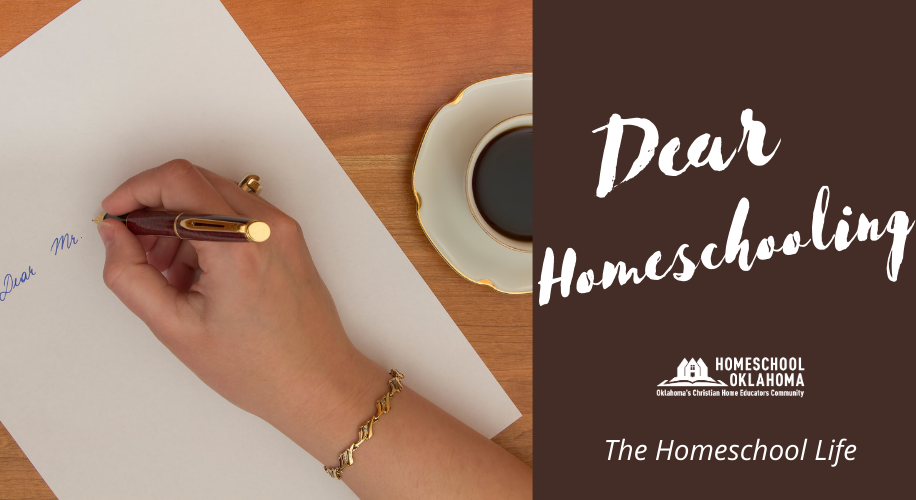 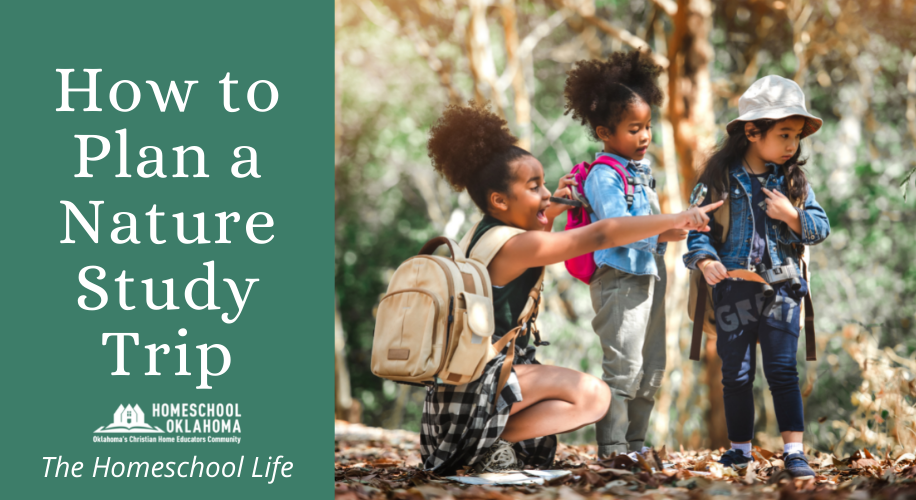 How to Plan a Nature Study Trip